During his first spacewalk Hadfield experienced severe eye irritation due to the anti-fog solution used to polish his spacesuit visor, temporarily blinding him and forcing him to vent oxygen into space. In total, Hadfield spent 14 hours, 50 minutes outside, travelling 10 times around the world during his spacewalk. He arrived at the station two days later, as scheduled, [20] and became the first Canadian to command the ISS when the crew of Expedition 34 departed in March Hadfield enlisted the help of his son Evan to manage his social media presence.

They work in tandem to share information over the internet about aspects of life as an astronaut, both the scientific and the mundane. In October Hadfield was interviewed by Maclean's magazine and appeared on its cover wearing face make-up to "replicate Bowie 's famed image from the cover of his Aladdin Sane album. On October 8, the University of Waterloo announced that Hadfield will join the university as a professor for a three-year term beginning in the Fall of Hadfield's work is expected to involve instructing and advising roles in aviation programs offered by the Faculty of Environment and Faculty of Science , as well as assisting in ongoing research regarding the health of astronauts with the Faculty of Applied Health Sciences.

Hadfield hosted a MasterClass series on space exploration. Hadfield is the recipient of numerous awards and special honours. He is also the only Canadian to have received both a military and civilian Meritorious Service Cross , the military medal in and the civilian one in He was inducted into Canada's Aviation Hall of Fame in and commemorated on Royal Canadian Mint silver and gold coins for his spacewalk to install Canadarm2 on the International Space Station in In Sarnia , the city airport was renamed to Sarnia Chris Hadfield Airport in [56] and there are two public schools named after him — one in Milton, Ontario and the other in Bradford, Ontario.

Retrieved August 30, Retrieved December 24, May 13, Retrieved May 29, Over the past two decades, shuttle crews have carried out scores of experiments in space that have helped to advance science on Earth. For example, they have studied the effects of gravity on humans, animals, and plants. They have tracked the movement of fault lines on the Earth's crust, something very important to many of our States, particularly mine.

They have gauged the impact of typhoons and other storms. They have measured changes of forest cover in remote areas of Alaska and Canada. And they have helped archaeologists locate the long lost city of Umar, a 4,year-old settlement on the Arabian peninsula. Many shuttle missions have included medical researchers who used the environment of space to further their understanding of cell growth, human metabolism, and a variety of diseases.

We have much to be proud of in these days as we mourn. I will join Chairman McCain and the other members of the Commerce Committee in seeking to determine the cause of the Columbia disaster and outlining the steps we must take to avoid its recurrence. At the same time, I will work to define the goals and the mission of the space program and make sure the funding is there for accomplishing the mission in the safest possible way. In closing, I can't help but remark that their faces--those beautiful faces--will stay with me for a long time, and that they represent the hope and the promise of our future. 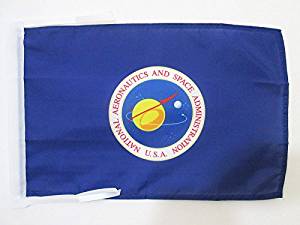 President, as you sit with me on the Foreign Relations Committee, I know all of our Members on both sides are very concerned that we protect the lives of not only our young people but young people all over the world, and that we will find a way to do that which makes sense for our stronger Nation. We are reminded when we read what the astronauts say every time a different astronaut goes up: what a fragile planet we live on.

It always renews my commitment, as I am sure it does your commitment, Mr. President, that we must protect this planet--the air, the water, the forests, and the wetlands. They are a gift from God. In memory of those who lost their lives this weekend, we will continue to explore and we will continue to reach for the stars. We should do no less. Thank you very much, Mr. Under the previous order, the Senator from Wyoming is recognized. Thank you, Mr. I thank the Senator from California for the challenges which she placed before us as well as the memories to which she spoke.

Today, here in the Senate and the House, in Houston, TX, all across the country, and in places throughout the world, people of all faiths and from all walks of life will take a moment to remember the tragic loss of the crew of the Space Shuttle Columbia this past weekend. As we do, we will put aside our differences and come together as a family to remember those who were lost and the great cause for which they gave their lives.

For me, the story of this past weekend's events begins when I was growing up--a Boy Scout who was fascinated by rockets and rocketry. That interest continued to show itself as I became a young man who was fascinated by the two latest creations of the day--television and the start of our space program. As science worked to develop the tools we would need to explore outer space, television gave us all a front row seat so we would see what was happening. Back then, the early successes in rocketry--mostly by Russia--fired our imaginations and steeled our will to win the race to reach the heavens.

It was only natural for me and the people of Wyoming to feel so moved. After all, we were the products of the pioneer spirit.


Our ancestors had left the comforts of the East behind and headed West looking for a new life and to explore what was then the new frontier. They were pioneers. As television became a more common addition to our homes, it brought the next new frontier--space--into our very living rooms. Each day we could see the latest events of the day that were happening around the world beamed right into our living rooms.

We watched in fascination as things that were happening miles and miles away were seen right in the comfort of our own homes. For me, the stars of the sky came in second place in importance only to the stars of the space program. Me and all of my friends, especially those who had been in the Scouts, wanted to be just like them. I still remember the days when we would go to a local field and work on our own experiments in rocketry.

Then, as we grew older, when a new flight was announced by NASA, we would grab the first chance we had to watch it as the miracle of television brought the wonders of space flight to our homes and our schools. Competition was with the Russians. But now there is cooperation with the Russians in space and with the space station.

Our efforts to explore space and the continuing impact of seeing it all live on television made for a powerful pair as we heard the words of John F. Kennedy as he challenged the Nation to land a man on the moon. His vision led us onward and upward. And it wasn't all that long afterwards that my wife and I--newlyweds--felt a personal stake in what we saw on the television before us.

We sat spellbound as we watched Neil Armstrong take his one small step on the Moon that meant so much for all mankind. Neil Armstrong was part of a long line of astronauts who braved the odds to do the impossible as, together as a nation, we reached for greatness.

Over the years, there had been disappointments, failures and tragedies, but with each success we felt like we had a grip on the process and that the odds would be forever in our favor. Somewhere along the way in the years that passed, we forgot that space is a cold, unfriendly place and that space flight brings with it great risks and dangers as well as great rewards. We forgot the lesson learned from the early days of the space program--that when we dream great dreams and achieve great successes, we are also courting great danger.


We think of the shuttle as an airplane. And we know how safe airplanes are. That danger was brought painfully home when we launched the Space Shuttle Challenger. All at once and without warning, the reliable space machine we had come to trust and take for granted blew up and disintegrated before our eyes. I remember that day so well because it was the day we were to send our first educator into space, Christa McAuliffe. In schools all over the country, children and their teachers watched excitedly as a school teacher prepared to make her voyage into space.

When it ended in tragedy, a lot of fathers and mothers sat down that night with their children to talk about what they had seen at school that day. They got a lot of tough questions from little children with sad eyes who wondered why these things have to happen. Mothers and fathers have no answers for those questions and they can only say that sometimes bad things happen to good people.

They can only hug and hold and remind their little ones that there is a God and somehow He works all things for His good. Someday we may know what that good is. But for now, all we can do is trust and hope and pray. Now we have felt that pain for a second time. The first brought us an awareness of the risks we take in exploring the unknown.

It reminded us that despite the best of planning and [[ Page S ]] preparation sometimes things happen that we could never have possibly prepared for. Now we watch these events unfold for a second time with a different sense--and from a different perspective. We remember the risks of space flight. But, as we mourn those who were lost, we renew our feeling of determination and our resolve to succeed no matter the odds or the obstacles to be overcome.

The crews of the Challenger and the Columbia--those modern day pioneers--will be forever linked in our minds, tied together by the same terrible helplessness we felt as we watched both tragedies unfold. Each time we searched for answers that we knew would never come. In the end, each time we found ourselves more determined than ever before to move ahead, and to continue the exploration of space that must never end.